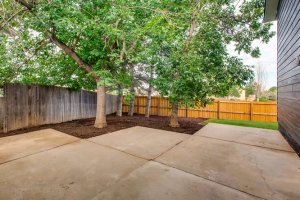 Residents of Aurora have only had one thing to complain about the Southlands Aurora Mall annual summer concerts – that they cannot enjoy the music while seated and sipping on a drink of their choice.

Of course, those sitting on the patios at McCabe’s Irish Bistro & Pub or Old Chicago could still hear the music playing from the concert at the Southlands Aurora Mall while enjoying a drink, however, those in front of the stage could not enjoy the same privilege. But as you may have witnessed this summer, there were some massive changes to this.

For years now, fans of the open concerts flocking Aurora were unable to get a spot on the patios as they were always packed with locals already. When this happened, people had to make a decision on whether to listen to the music without a drink or have a drink and listen from a distance. Well, this is no more and if you have plans to visit next summer, you’ll be happy to hear that the Southlands Shopping Mall recently received permission to operate a common drinking area within the mall’s Town Square and right in front of the movie theaters.

There’s no other shopping mall in Colorado with such an initiative, which makes the Southlands Aurora Shopping Mall a pioneer of the common consumption area thing. With this move, those attending the concert will be able to buy alcoholic drinks and walk around with them when they want to listen to the artist on stage. The push for this common area has been going on for years and finally, the mall has won it, where it will be located between E-470 and South Aurora Parkway.

In the build up towards being granted permission to stage an open beer, wine and spirits garden, the Southlands Aurora Mall had to designate the central Main Street, which runs through the heart of the shopping center from Barnes & Noble all the way to the Town Square in front of the AMC Theaters Southlands 16 on Plaza Avenue, as an entertainment area. The common consumption area is well-guarded within the larger entertainment district.

Being a new directive, the Southlands Shopping Mall has some obstacles to deal with. For instance, the initial license only allowed the mall to open the drinking zone during Sounds of Southlands concerts, where the latest one came to an end on August 17. The area was roped off around the stage as well as the front doors to the restaurants that agreed to sell alcoholic drinks to fans. There are some rules to keep things in order, for instance, alcohol can only be consumed in the roped area and no drinks from outside, among many others.

By the time next summer comes around, there will be more than the nine restaurants that have already agreed to sell beer and other alcoholic drinks in the mall. Once your legal ID is checked, a special cup is handed to you alongside a wrist band that gives you permission to buy and roam around with alcohol. In addition to the aforementioned McCabe’s Bistro & Pub and Old Chicago, also the likes of Bad Daddy’s Burger Bar, Platea Latin Eatery & Cantina, Buffalo Wild Wings, Pho 97, Mt. Fuji Shushi & Hibachi, Tokyo Joe’s and Ted’s Montana Grill have all agreed to sell booze to fans at the concert.

This is a move that many fans of the Sounds of Southlands will relish, especially those that were constantly missing out on a spot at the garden set up by McCabe’s Bistro & Pub and Old Chicago. The owners are hopeful that this will be the beginning of a new boom in business not just in the summer, but also when the series has ended. It’s possible that a wine walk along the Main Street could be in the works, something that would benefit all the shops all over the Southlands Aurora Mall.

Aurora and Denver, in general, are not only some of the best places you can spend your summer, they are great places to be all year around. You can also choose to buy a home in Aurora or Denver and its surroundings. Rather than live in a hotel room when visiting, why not grab one of the many houses Denver Property Flip has on the market? For those in Aurora and have been looking for answers to the question who can buy my house fast, you have the answer right here.