Selling a House after Divorce in Commerce City 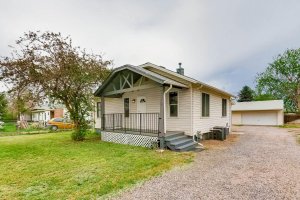 A divorce has many implications and among the most contentious one is matrimonial property. When people marry, they end up acquiring property together and when they separate, this property must be divided between them.

While parting ways with other properties might be an easier task for the separating couple, leaving your matrimonial house is another thing. A family house carries so many memories and it’s not easy getting rid of such memories. In fact, many divorced couples keep contact for years just because of a house they own together – a house they probably decided to keep after the divorce.

When you choose to keep the house, it can be a sanctuary. However, selling a house after divorce in Commerce City can also be a source of income. Regardless of the side you choose, the process will be a lot smoother if you involve an experienced family law attorney in the business.

You can still keep the house even if you moved out

Since you co-own the house, moving out doesn’t mean you lose your interest in the house. However, this decision can come with quite a number of concerns led by who is going to pay the mortgage? In most cases, each spouse pays for the house mortgage at an agreed figure and when they divorce, none of them can keep on making the payments on their own.

In addition to the mortgage, you also need to make other payments such as property taxes and insurance, among others. If you are the higher-earning spouse and the one moving out, it won’t be easy to pay for your new house/apartment while at the same time paying the mortgage for another house. But you can get through these problems by having clear expectations ahead of time – as well as having clear agreements on the same.

How to sell your house during divorce

Selling your house after a divorce is much easier than selling house during divorce. But either way, you can still sell your house in any stage of the divorce process. In order to sell a house during divorce, you need to have a written agreement that becomes a court order, allowing you to proceed with the sale. This agreement must be signed by the two of you before it becomes a court order.

As you can see, you don’t have to wait until the divorce process ends in order to sell your house.  Usually, couples who sell their houses before or during the divorce trial have some sort of financial distress. The house might be facing the threat of foreclosure as a result of missed mortgage payments. As long as those disagreements exist, there’ll always be the issue of who’s going to pay the mortgage, especially where one spouse still lives in the house.

So, in order to avoid having the black mark of foreclosure on their credit report, they opt to sell the house before the trial in order to clear the remaining mortgage and a few other debts – debts that if not cleared will keep on increasing. There’s the case of paying the attorney fees during the trial. Divorce proceedings may have many other issues brought along the way, among them child custody and support or even other property disputes. These can be hotly contested issues and sometimes they attract huge fees and costs. If none of the spouses can pay the attorney fees and other costs involved, the court can be asked to allow the liquidation of the house in order to pay for such fees.

Assuming there is no need to rush the sale of your house before or during the divorce, the ideal situation is to sell the house after divorce in Commerce City, right at the conclusion of the case. This means you will have had an agreement on how to split the proceeds during the trial. If one spouse is able, they can buy out the share of the other partner and keep the house. However, be ready to prove to the bank that you are able to keep on making the mortgage payments.