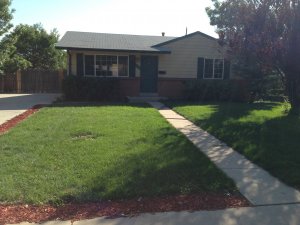 The founders and owners, Tim and Karrie League, were driven by their immense passion for watching movies while at the same time enjoying a beer and food, thus giving birth to what has become one of the best places to enjoy the hottest films, delicious meals and a cold beer all in one seat. In short, the Littleton Alamo Drafthouse Cinema is where you should be heading, be it for movies, dinner, drinks or some amazing events such as the Quote-Along and Girlie Night presentations.

One thing that makes the Alamo Drafthouse Cinema in Littleton the best place to be is the close attention the owners pay to film presentation and programming. Once you are into the theater and a movie is on, there’s no room for talking to your mate or even receiving a phone call. It doesn’t end there with the use of the phone, with the management emphasizing that they are not afraid to kick you out even if you start sending your friend a text when the show is on.

Given the many people that visit the Littleton Alamo Drafthouse Cinema house from time to time, most owners would have thought of showing advertisements during movies as another way of making more income. Not everyone is a fun of such ads, especially if they come at a point when you don’t really need them, but being so passionate about watching movies, the Leagues made a bold move of not showing any advertisements when the movie is showing.

In most cases, we’ve known ads to be a way of generating income for those entities that offer free stuff. But since you have to pay for the movies at the Alamo Drafthouse, there’s also no need to bother you with ads as if the film was free of charge. In fact, the theater says it has always turned down major offers to show ads on their screens since they don’t want anything to take away your enjoyment during the show. Alternatively, you will enjoy custom pre-shows that come with content based on most of the features that are available in the theater.

At Alamo Drafthouse Littleton, you will come across seven screens that show new movies, family and independent shows alongside the said pre-shows. You will find the best of Sony’s 4K digital projection in the auditorium, something that should be a real joy for fans of RealD 3D presentations. To ensure you don’t miss a word said in the film, the theater has invested in modern bi-amplified digital audio systems that promise full-blown multi-channel fidelity that delivers the best audio experience you can think of. In one of the auditoriums, you will come across a reel-to-reel 35mm projector, but it’s the layout of each one of them that will make you love this place even more.

Unlike most traditional auditoriums, the Littleton Alamo Drafthouse has eliminated the front row, thus ensuring that no one will be getting any bad seat in the house. To ensure you get the best seat, you can also make an online pre-booking, something that should also help you avoid queuing at the theater.

As noted earlier, the Littleton Alamo Drafthouse Cinema is where you will watch, eat and drink all in one seat. No matter where you are, Alamo has a strong selection of dining options that will make your movie watching experience even more fun. There are special menus that are updated about every three months and for a beer, you will enjoy the many local brews on the menu, including some really fine wines. Even with your family, there’s still plenty of fun for the kids here at Alamo Drafthouse in Littleton, including family parties.

As you can see, there is a lot you can do when visiting Littleton’s Alamo Drafthouse, ranging from enjoying the best movies to having the best family times. However, if you are looking to sell your house fast, you don’t need to go to Alamo Drafthouse, instead, Denver Property Flip is what you need. We buy houses for cash and pay the money after just 5 days. Call us now on (720) 370-9595.

“You have no idea how easy you made this for me.”

“I got a few different offers and you guys were by far the best one.  I never thought I would have this much money in my life…”