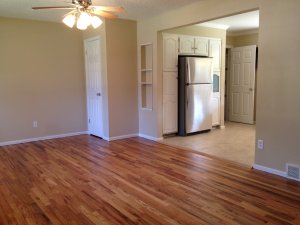 Lakewood Tigers Athletics is the sports team that represents Lakewood High School, a public secondary school that was established in 1928 but changed locations in 1958.

The Lakewood Tigers Athletics teams have been among the best in the state and they are also consistent when it comes to participating at the highest levels possible, but this is not true for all sporting activities. Boasting a proud tradition of sports and scholastic achievements, the Lakewood High School sponsors up to 21 different athletics teams and compete at 5A level.

Of the more than 2100 students that the school enrolls, nearly half of them take part in a given sporting activity while some of these athletes have continued at the college level. As mentioned, Lakewood High School sponsors up to 21 different sporting activities and to ensure that no one is left out, the school accepts all home-schooled athletes, private, charter and even athletes from other Jeffco high schools that currently don’t sponsor a sport they want to play. This arrangement also means that if a Lakewood Tiger wants to participate in a sport that is not offered by the school, they can join a team at any other Jeffco school that offers the sport in question.

Since the school’s establishment in 1928, not all Lakewood Tigers Athletics teams have been the best out there. However, this doesn’t mean that a series of titles, honors and awards haven’t been won by individual and team athletes from Lakewood High School over the years.

In 1972, the school won the Freddie Steinmark Award that is given to the best overall league record in male and female sporting events at the varsity level. The award is in honor of Freddie Steinmark, who was a three-sport scholar-athlete in 1967 from Wheat Ridge High School and played football at the University of Texas but passed on in 1971 with cancer.

Girls have also been quite as productive as boys over the years. The first state champions came home in 1997 and this was the softball team. This feat has only been repeated once by the same team and it happened the following year. Since then, no girls’ team has managed to produce state champions, but we’ve seen them quite a good number of times on the list of Jefferson County League Champions.

At the same level, boys have also been marvelous throughout the years. The football team has been crowned the county champions on 11 occasions, where the first came in 1960 and the last happened in 2011. Golf, swimming, and baseball boys’ teams are the latest to taste victory, taking home the crowns as recent as 2016. The Tigers have also been cross country champions on three occasions – 1961, 1963 and 1969 – and they won the basketball competition in 1967 and 1981.

For those looking for answers to questions like how can I sell my house fast in Lakewood, Denver Property Flip, a proud supporter of Lakewood Tigers Athletics, is just a phone call away. The number is (720) 370-9595.