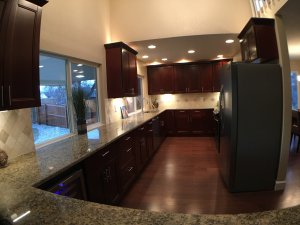 The Englewood Pirates Athletics is driven by a commitment towards academic, athletic and character development of all participating students through sports and at Denver Property Flip, we are proud supporters of the teams.

The Pirates Athletics team represents the Englewood High School and the athletes occupy a structure that was constructed in 1953 and first occupied in 1954, but the school’s history dates back to 1913. As you would expect from any institution, the school has renovated the structures severally over the years and added a library, a full-size auditorium and more rooms to accommodate the growing number of enrollments, which now stands at about 850 students in grade 9 to 12.

Next to the school’s campus is the famed Hosanna Athletic Complex that houses the soccer and baseball fields. The field was installed with a new artificial turf in 2005 at a cost of $600,000, but it’s the school’s football team that has been lifting the name of the Pirates highest.

According to the Englewood High School mission, the Pirates Athletics team is an extension of the classroom and thus forms an integral part of the educational experience. The school aims to instill accountability as well as provide opportunities for participants to develop skills that are needed for a lifetime of achievement.

The Englewood Pirates Athletics has a “No F” academic eligibility system for all student-athletes and in case of an F in any class, athletes will not be allowed to participate in competitions for a week, but they can still practice with the team during the said period. This strict regime has ensured that the Pirates have cemented their place as a member of the Colorado High School Activities Association.

The Athletics team competes in 2A, 3A, 4A and 5A athletics and even though it failed to win even a single game all the way from 1988 until demotion, the Englewood football team finally managed to lose only two games during the regular seasons of 1995 and 1996 and just six from 1993 to 1996, the year the Pirates won the first conference championship in more than 40 years. This run to the win included an 11-game win streak as well as reaching the semi-finals of 3A football. Too bad the Pirates did not manage to go past the eventual winners in both 1995 and 1996, Palisade High School.

Even though the outstanding performance of the Englewood Pirates did not merit a significant reward, the performances of individuals did not go unnoticed. Several players from the team were named to first and second all-state teams as well as the first ever all-Colorado award for an Englewood High School player in 1996. Ten years later, the Pirates won the 3A North Metro League but lost in the second round of playoffs. In 2008, Coach of the Year in 3A football, Randy Penn, retired.

Other than football, the Englewood Pirates Athletics team also includes athletes in basketball, soccer, wrestling, and lacrosse. The basketball team hasn’t enjoyed the best of moments all throughout, with the only major high coming in the 2007 season when the team went 11-12, making it to the playoffs, but ended up losing to the Greeley West Spartans. In 2008, the boys’ soccer team slowly declined into something of a history of a team that was at some point great. This saw the loss of Coach Albert Adetoye and subsequent lack of leadership on the field and even though the team had a lot of potential in young players, realizing their dream has never been an easy thing.

Since 2008, no one has ever broken a record set by Justin Williams. Justin went 40-6 in his 2008 wrestling season and took the second position in the state finals. The following year, Justin went 40-1 and subsequently won the 285 state championship, finishing with a 123-36 career record and an impressive 76 pins. Up until now, this record still stands.

Englewood is a small, urban city located near Denver and to the south is Englewood Public School District known as Englewood Schools. While this is the place that will answer all your schooling questions, you can also find answers to questions like how do I sell my house fast at Denver Property Flip, a local real estate investment company. Call us now on (720) 370-9595 for more details.