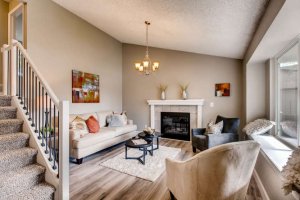 The Colorado Rapids soccer Commerce City is a local professional men’s team that is, as you may have guessed, based in northern Denver’s Commerce City, Colorado.

As a founder member of the Major League Soccer (MLS), Colorado Rapids have been playing soccer for more than two decades now following the team’s establishment in 1996, the same year that the MLS was started. Despite being one of the 10 clubs that took part in the first season of the MLS, the Rapids had a forgettable season even though the team was full of talent, boasting the likes of South Africa’s second record goalscorer Shaun Bartlett, an experienced English goalkeeper in the shape of Christopher Charles Eric “Chris” Woods, former U.S.s national team captain and defender Marcelo Balboa as well as celebrated English manager Robert Douglas Houghton, who is famously known for his achievements with’s Sweden’s Malmo FF during the 1979 European Cup campaign, where the team lost the final to then English giant’s Nottingham Forest.

During the first season of the MLS, the Colorado Rapids soccer team finished last in the Western Conference and had the worst record of any team in the competition. At its birth, the team was based at the Mile High Stadium in Denver, Colorado and remained there until 2001 when it moved to Invesco Field at Mile High. In 2007, the Colorado Rapids moved to Dick’s Sporting Goods Park in Commerce City, Colorado, and it’s where the team plays its home games until now.

Marcelo Balboa is the first player to score for the Colorado Rapids not only in the club’s history but also at the Mile High Stadium in 1996. With the poor performance from coach Houghton, the new season began with a new head coach, Glenn Myernick, and a new General Manager as well, Dan Counce. The two signed new players and even though it took time for the team to gel, they managed to earn a postseason spot, where the team went on to reach the MLS Cup final but eventually lost to D.C United on a mouthwatering clash that also saw Adrian Paz score a consolation goal for the Rapids.

There were more signings to follow in the new season and even though the team managed to reach the 1999 U.S. Open Cup final, another disappointment was waiting as they went on to lose 2-0 to Rochester Raging Rhinos, the last time a non-MLS team won the competition.

When the Colorado Rapids soccer team moved to the new Invesco Field at Mile High, Chris Henderson took over the honors from Balboa by becoming the first player to score in the brand new stadium. The year was also great for the team, with the likes of Henderson, Mark Chung and new signing Pablo Mastroeni going on to help the club reach the MLS Cup Playoffs Semifinals. This is the same season the Colorado Rapids recorded a great number of individual honors, with the General Manager Dan Counce named the MLS Executive of the year, Mark Chung got MLS Fair Play Award and managed a spot in the league’s best XI and the club’s ticket sales staff took the title for the best in the league after the Rapids recorded a home crowd of 20,000 on average for the entire season.

The following year was even better for Chung, who managed an impressive 11 goals all season and kept his spot on the league’s best XI, but it was captain John Spencer who stole the show with his 14 goals and a new team record of scoring in six consecutive games. The Rapids went on an unbeaten home run of 15 games and only allowed 8 goals in along the way. In 2005, the Colorado Rapids were acquired by the Kroenke Sports Enterprise and rung several changes across the board, including replacing GM Counce and head coach Myernick.

In addition to moving into a new stadium in 2006, the Colorado Rapids soccer Commerce City came with new colors of burgundy and blue, a move that was aimed at ensuring the club blended well with other clubs owned by the Kroenke Sports Enterprise, among them English giants Arsenal.

In addition to helping you answer the dreaded question of “how can I sell my house fast in Commerce City”, Denver Property Flip is also a proud supporter of Colorado Rapids soccer team. Call us now on (720) 370-9595 and we’ll make you an all-cash offer for your house within 24 hours.