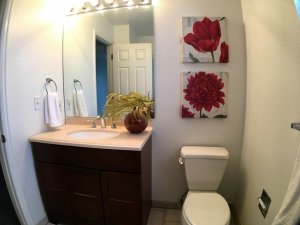 Arvada, Colorado is truly adventurous thanks to the amazing landscape of mountains and forest – and so are the best Arvada restaurants.

Being a cosmopolitan city, Arvada has a similarly cosmopolitan dining scene that no doubt matches the exciting surroundings. It is easy to get immersive in the many outdoor activities in the city for the entire day, but there’s nothing to worry about because there’s always somewhere you could grab something to eat. For those who feel like adding a beer or two on top of that, the best Arvada restaurants have just that.

As noted, Arvada is a multicultural city and at Yak & Yeti, the local culture meets the Nepalese history, creating a blend that takes you back to 1864 when the building was built by a local postman. Up to now, there have been several changes to the building’s appearance, although lots of efforts were done to keep the original feel, among them retaining the original 1895 hardwood floors.

The owner, Dol Bhatteri, is from Nepal and with the Yak & Yeti, he brings a blend of Nepalese and Indian traditions, the latter where he honed his skills before coming to Colorado, by creating quality food that is always fresh.

Oh, and if you have a dog that can’t stay back at home, this is the place you want to be.

Grand Lake Brewing Tavern is a beer supplier not just locally, but also across Germany and Eastern Europe. To go along with the wide range of beers available, the restaurant also offers dishes such as bruschetta, salads and calzone pizzas. The location of the Grand Lake makes it even better as it feels like a hidden gem and thanks to the cozy atmosphere and great selection of food, you’ll agree that this is one of the best restaurants in Arvada.

Fuzzy’s Taco Shop is worth a mention on the list of the best restaurants in Arvada. Originally from Texas, you’ll find a menu that brings a blend of Mexican and American favorites at very affordable prices. You can have fried chicken, tempura shrimp and spicy cork and baja-style tacos with ingredients such as feta cheese or even try out the enchilada plate with refried beans and potatoes. To complement the great selection of food is also a great selection of beers for adults.

The first step into Namiko’s and you’ll notice giant tanks filled with tropical fish to welcome into the restaurant. Being a family-owned business, Namiko’s has been operating for over 25 years now. What makes it a great destination is the price and freshness of food here. You will also love the dishes themselves and the range of cocktails around here makes it worth a try.

Arvada Tavern has a rich history that dates back to the end of prohibition. After Roosevelt signed the Cullen-Harrison Act, the Tavern was opened and it lives in a town that has always had strict laws on alcohol for centuries. In describing what they do, the owners of Arvada Tavern say they are striving to keep this “liberating feeling” alive by creating an environment with a well-stocked bar and great music. The menu also includes top German classics such as chicken schnitzel and jalapeno pepper pretzel.

Golden Europe Restaurant shows the enduring influence Europe has had on the American cuisine by giving you dishes anyone with an Eastern European heritage will love. Here, you will find dishes that are hard to come by on the menus of some of the best Arvada restaurants, including cuisines from Poland, Germany and even the Czech Republic. You will come across rare dishes such as liver-dumpling soup and classics like cabbage rolls and bratwurst. If you need a cold beer, you can also have one.

Denver Property Flip has helped dozens of Arvada restaurants selling their houses by buying them for cash. If you have been asking yourself where can I sell my house fast in Arvada? Well, you have the answer in us. Call us today on (720) 370-9595 and we’ll buy your house and pay cash in less than a week.