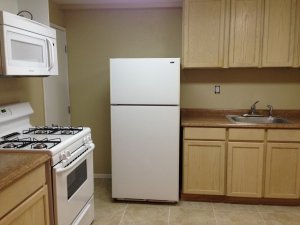 Arvada West High School is one of four public high schools in Arvada, but still, Arvada West Wildcats Athletics teams are always competing at the top level in Colorado.

The state of Colorado has tough competition when it comes to athletics. Every school has something to offer, but Arvada West Wildcats are up there every year, be it in football, baseball, cheerleading, cross country, soccer, baseball, basketball, softball, wrestling and more. Regardless of the event that the Wildcats are taking part, their style and passion of play have always managed to attract someone from Denver Property Flip. During such sports event, you’ll find most of our staff enjoying the games. Sometimes, we have managed to get homeowners looking for a quick house sale in these events, which makes attending them even more enjoyable.

As pointed out already, Arvada West Wildcats Athletics teams have always kept their competition levels up with the best. Following its opening in 1963, Arvada West High School had to wait for about a decade before making their point in the state championships. In 1972, the first title came to the Wildcats through the football team competing in class AAA and after a drought of 25 years, the second and last football title came to Arvada in 1997 through class 5A.

The road to the state championship has been tough for soccer boys’ team. Since the school’s establishment, only the girls’ soccer team has been able to bring home the state championship, and this was way back in 1987. There have also been titles for wrestling in 1988 class AAA, 1992 class 6A, 2014 and 2015 in class 5A, cheerleading in 1993 class 6A and baseball in 1994 class 6A as well.

Over the years, the only Arvada West Wildcats team that has enjoyed the most success in bringing home the state championship titles is softball. The team has racked a total of six state championship titles, with all of them coming between 1993 and 2000. The first came in 1993 in class 6A and it was retained the following year. The third title came in 1996, but this was in class 5A and although retaining it the following year was a little bit tricky, the Arvada West Wildcats softball team regained the title in 1999 and defended it the following year, which is the last time the team won the title.

Even though the school produces top crops in athletics games all throughout the years, lately things haven’t been going great in terms of winning titles. The last time an Arvada West Wildcats Athletics team brought a title home was back in 2015 and even though not far away, there’s always room to do better.

It’s our wish that athletes at Arvada West High School become among the top players in the country and this is why Denver Property Flip is a proud supporter of the teams. In addition to being staunch fans of the Wildcats, we also help homeowners looking for quick house sale in Arvada solve their problems like they want – quick.