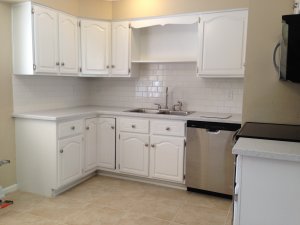 Lakewood Belmar Shopping Center is a model for mixed-use establishments across the country that houses more than 100 shops and restaurants as well as up to 300,000 square feet of office space and 1200+ residential places.

Posing itself as one of the most sustainable, smart growth projects not just in Colorado, the Lakewood Belmar shopping center has been at the center of transforming this city west of Denver into a thriving downtown since its first establishment in 2004.

In conjunction with Continuum, the city of Lakewood has been able to transform the shopping experiences of both locals and visitors alike through this shopping center. Whether you are looking for some good place to eat, a boutique, a place to work or live, a theater, artist studios or even parks and plazas – all of these are available at the shopping center.

A bit of history

The place where the Lakewood Belmar center sits has a rich history in Colorado’s setting. This is where May Bonfils-Stanton’s Belmar Estate was located, the heiress to Denver Post newspaper’s fortune.

Some of the land owned by the Bonfils was leased to architect and developer Gerri Von Frellick in 1960 and he started working on what would become one of the most successful enclosed shopping malls not just in the region, but also in the entire country – the Villa Italia. Despite its massive success since its grand opening in 1965, Villa Italia was not able to hold on any longer following the emergence of new competition from the 1980s and 1990s.

Even though it had become the symbolic center of the city of Lakewood following its incorporation in 1969, Villa Italia’s dominance started fading away, something that forced the city to reconsider the next move of saving the mall. Enter Continuum Partners. Over a decade, the new partnership between the city of Lakewood and Continuum gave birth to what has become one of the best shopping centers in the country that rests on more than 100 acres of land at the intersection of Alameda and Wadsworth.

Today, the Lakewood Belmar center has about 730,000 square feet of retail space that is centered on the lively community plaza with top-notch dining places, ice skating, open-air concerts as well as a series of other cultural events. The shopping center boasts more than 100 shops and restaurants, forming up an eclectic blend of something that everyone needs.

There are over 100,000 vehicles that come here on a daily basis thanks to the fact that many from the western suburbs see Belmar as Lakewood’s downtown and shopping destination. This, in essence, is aided by the fact that the shopping center has been able to attract huge names in the retail industry, among them Best Buy, Target, Nordstrom Rack, Dicks Shopping Goods, Whole Foods Market, DSW, Sur La Table, Victoria’s Secret and Century Theaters, among others. For those who love fashion, Charming Charlie, White House Black Market, Chico’s and Francesca’s Collection join Victoria’s Secret and Sur La Table in offering the locals with the best of lifestyle. The streets are also full of boutiques such as the Fall Line and Wilde Belle.

Today, there are more than 3500 people that call the Lakewood Belmar shopping center home. As pointed out earlier, the center has more than 1200 residential units that are made of lofts, condos, townhomes, rental units, single-family detached houses and senior-oriented apartments that include the in-demand residential neighborhood. There are a wide variety of housing options at Belmar thanks to the similarly huge population that lives and constantly tours Lakewood.

There are apartments that offer residents with a unique, urban feeling – apartments that will definitely be loved by millennials. The larger apartments also come with amenities that are typical of more traditional suburban areas while the townhouses are a good option for single families looking for a place that is a walking distance from the city’s main retail and entertainment area.

If you are looking to sell your house fast in Lakewood, you don’t have to go to Belmar shopping center, instead, call Denver Property Flip on (720) 370-9595 for an all-cash offer within 24 hours. As a real estate investment company, we have quick access to cash and thus we’ll pay you after just 5 days.